Municipal Governance and the Future of Housing 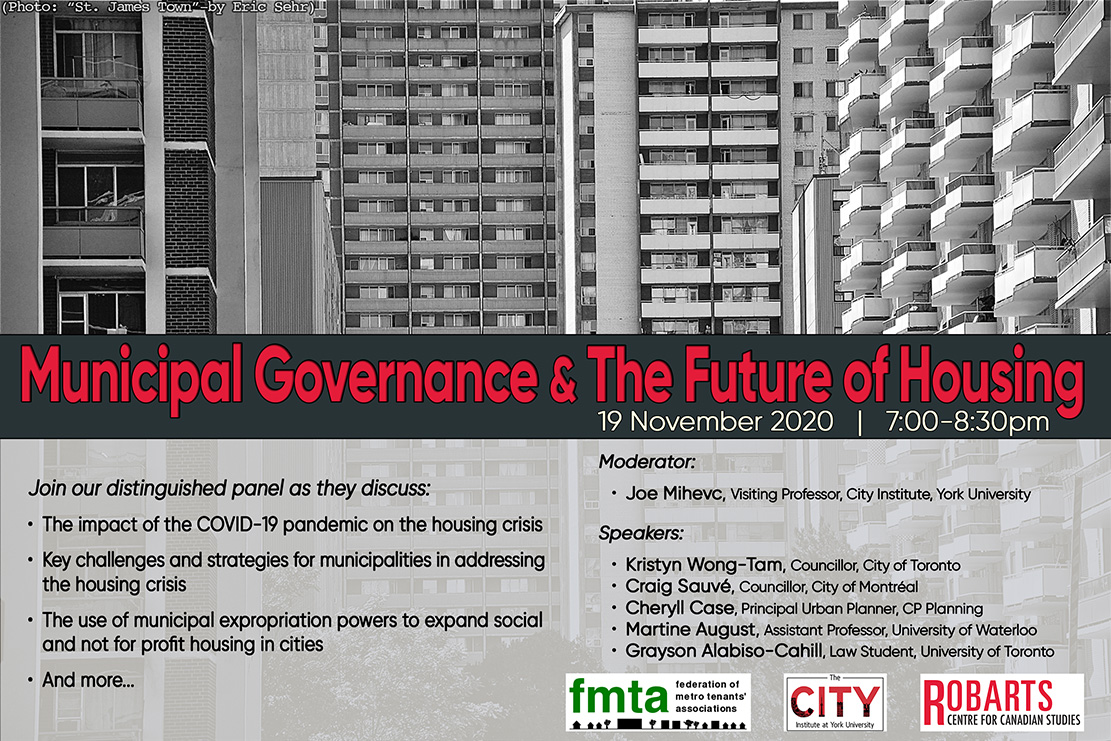 The COVID-19 pandemic has brought new urgency to the need to address the housing crisis and the suffering and loss associated therewith. The Toronto Foundation conservatively estimates 130,000 renters in Toronto are at risk of being evicted from their homes due to COVID related rental arrears. With the second wave of the pandemic upon us, and no new provincial evictions ban in sight, this panel will explore novel solutions to the housing crisis with a focus on the role of municipal governance.

The FMTAs recent report, Taking Back our Housing, themakes a series of specific proposals for how expropriation could be used to address the housing crisis in Toronto by expanding the supply of affordable and not-for-profit housing.

Other cities across Canada and internationally have been making headlines for doing just this:

These actual and proposed uses of expropriation evoke a longstanding desire within left politics to see that “the expropriators are expropriated”. Yet they also stir the spectre of expropriations past, wherein the local state has facilitated the dispossession of poor, racialized and other marginalized groups.

Toronto based examples include recent municipal partnerships with the private sector to “revitalize” public housing and create mixed income neighbourhoods in Regent Park and Don Mount Court, which caused multiple harms including displacement and community fragmentation. In Parkdale in the 1950s, the City bulldozed hundreds of working-class homes in the name of "slum clearance" to make way for the Gardiner expressway. Indeed, City Hall itself was the site of a major expropriation of poor and racialized people who lived in the Ward, Toronto's first "slum". And, of course, Indigenous peoples have faced expropriation from the land by all levels of government for hundreds of years.

So, is expropriation fatally flawed, a “boogeyman” for liberals and leftists alike? Or, is it a potentially crucial measure, at a time when housing financialization is rampant and public re-investment is desperately needed? This panel will address these and other questions pertaining to municipal governance and housing such as: